For this sixth episode of Suffolk Confidential, David has the pleasure of talking at length with the General Manager of Isaacs on the Quay, Nathaniel Coughlan. Long considered one of Suffolk’s best venues, Isaacs has grown from a relatively low-key bar on the picturesque Ipswich Waterfront, to a multi-purpose venue catering for every demographic and […]

Suffolk is renowned for it’s green fields and big skies. It is also rightly lauded for it’s award winning gardens. Fortunately for the green-fingered in the county, Suffolk has an abundance of garden centres and nurseries to cater for every horticultural whim and fancy. Using our unique audit system, we raked through the net in […]

David Whelan and David Wooster continue their discussion on the history of the FIFA World Cup films from 1994 onwards and their personal and professional involvement with the production of the films. In this final part, they also discuss the current landscape of sports television and film production and their time working together producing the 1998 World Cup film, La Coupe de la Gloire, the very last official Fifa World Cup film to be shot on film.

if you ever wondered what it would be like to film a world cup tournament from the people who were actually there on the ground, this is the podcast for you.

Anybody who has spent time in our lovely county will know that Suffolk has a lot of pets and a lot of vets. The question we would like to know is which one of our numerous vets in Suffolk has the best website. Using our comprehensive audit system, we give you the best veterinary surgeon […]

David Whelan and David Wooster discuss the history of the FIFA World Cup films and their personal and professional involvement with the production of the films from 1966 to the present day. In this first part, they cover the FIFA World Cup years 1966 to 1994. if you ever wondered what it would be like to film a world cup tournament from the people who were actually there pitch-side, this is the podcast for you. 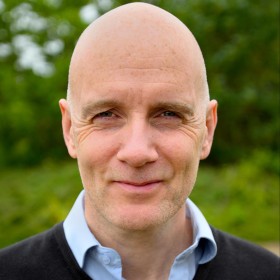